The realtor Phyllis Stelting had a video tour produced to help sell the old family home on 10th Avenue. This is a great reminder of how the house looked as we may soon forget since Mom’s new condo is such a beauty and very comfortable.

It might look empty but its full of memories

After 42 years, Mom has sold the old family home. She has moved into a beautiful condo with a view of the Fraser River.

It was the longest move in history.  For weeks we took truckloads and car loads to the dump, to the Salvation Army and to Value Village.  Our garage and house is full of stuff she wants me to sell through consignment as she couldn’t bare to give it away. She wants to know it will go to a good home.  The moving company had to come twice: once to move her into the condo and a 2nd time to take some stuff out as she took too much and also to take a load to my house and to a friend’s place.

Here are some photos I took as I said my goodbyes to the old place. It might look empty but it is full of memories . . . 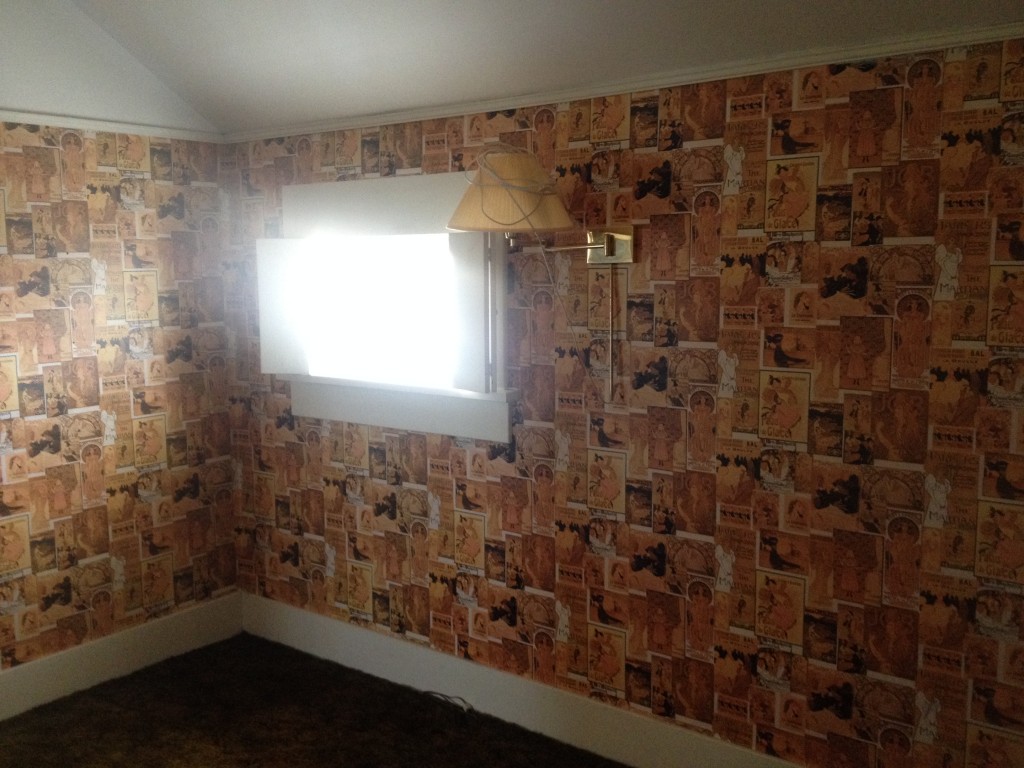 Dad moved into this room eventually – he stayed up late and slept half the day: 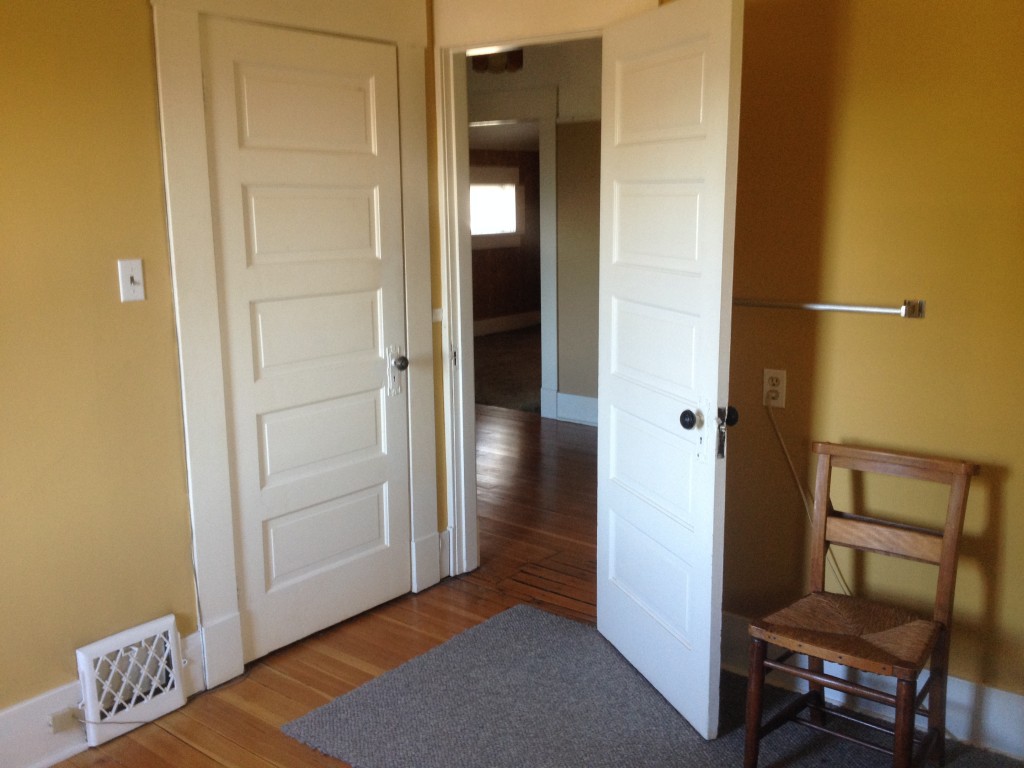 Mom and Dad’s room – Mom’s only after Dad died: 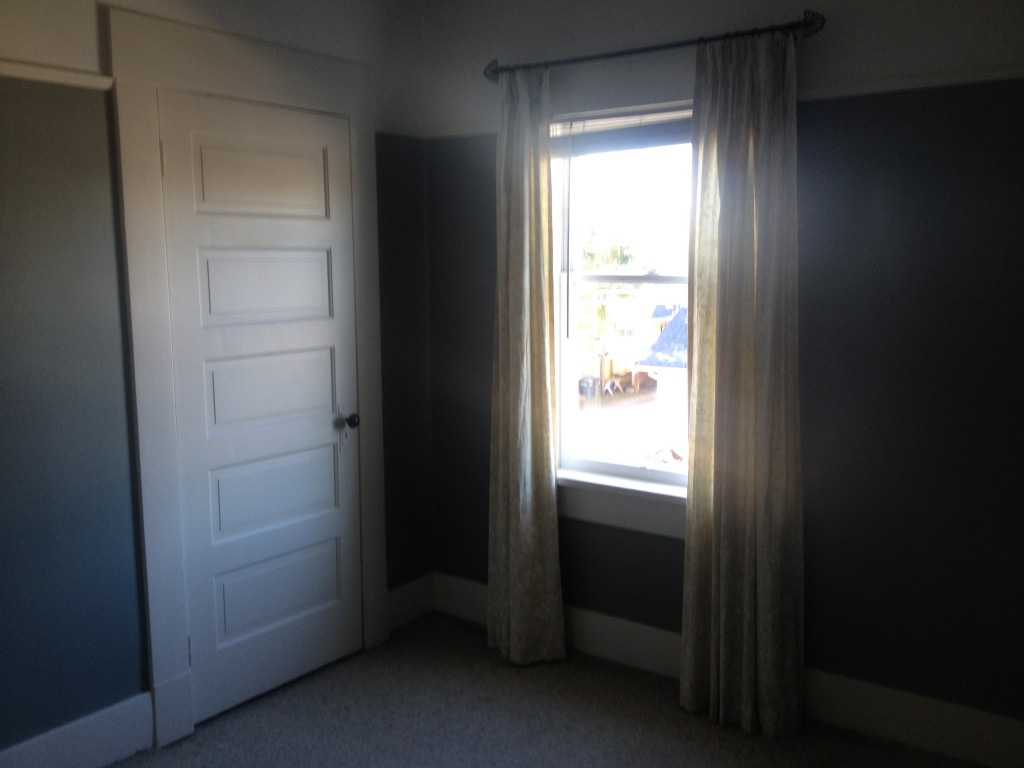 Glen’s old room – Mom turned it into a sewing room: 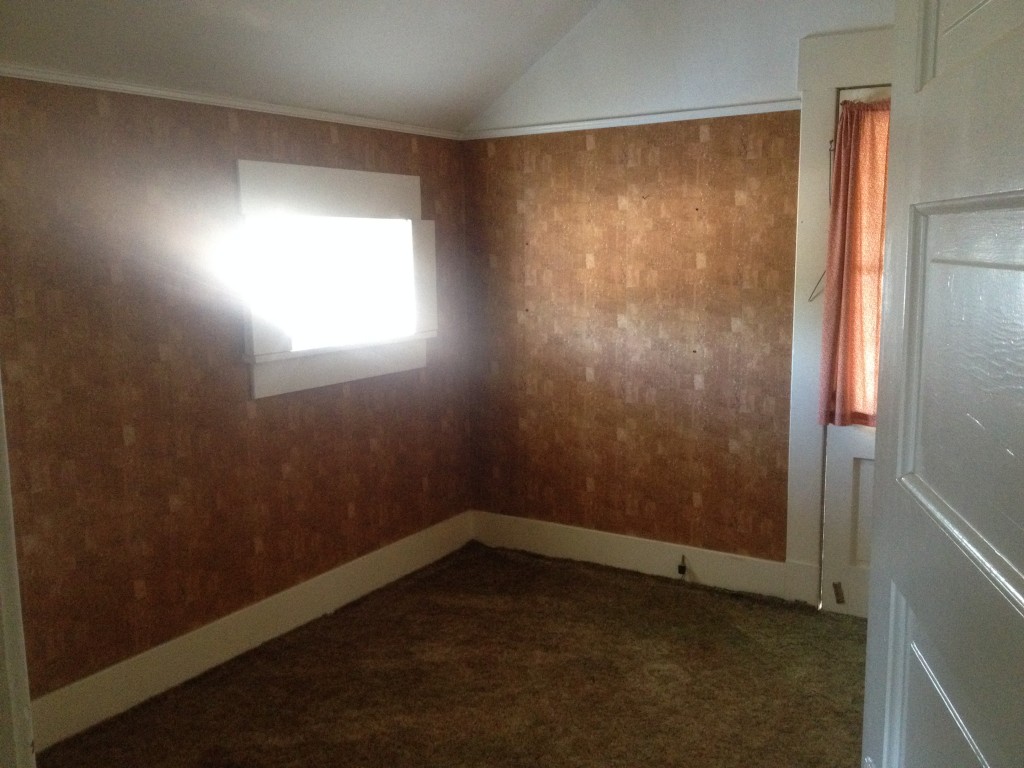 upstairs landing looking into the bathroom with clawfoot tub: 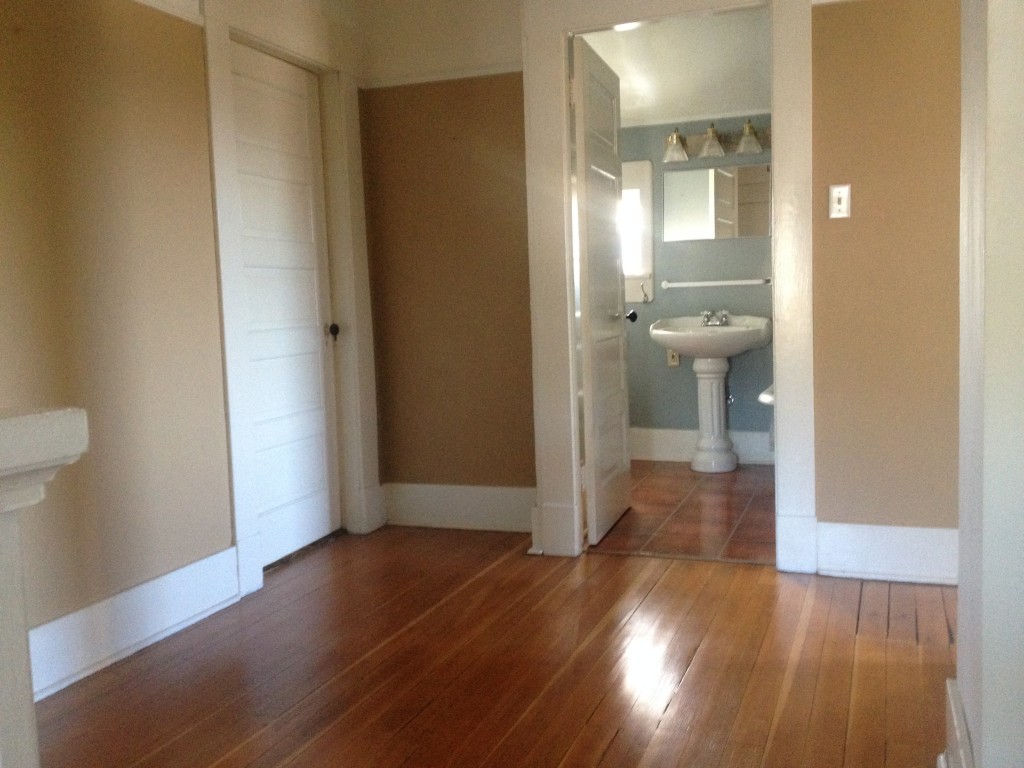 TV room addition to the house: 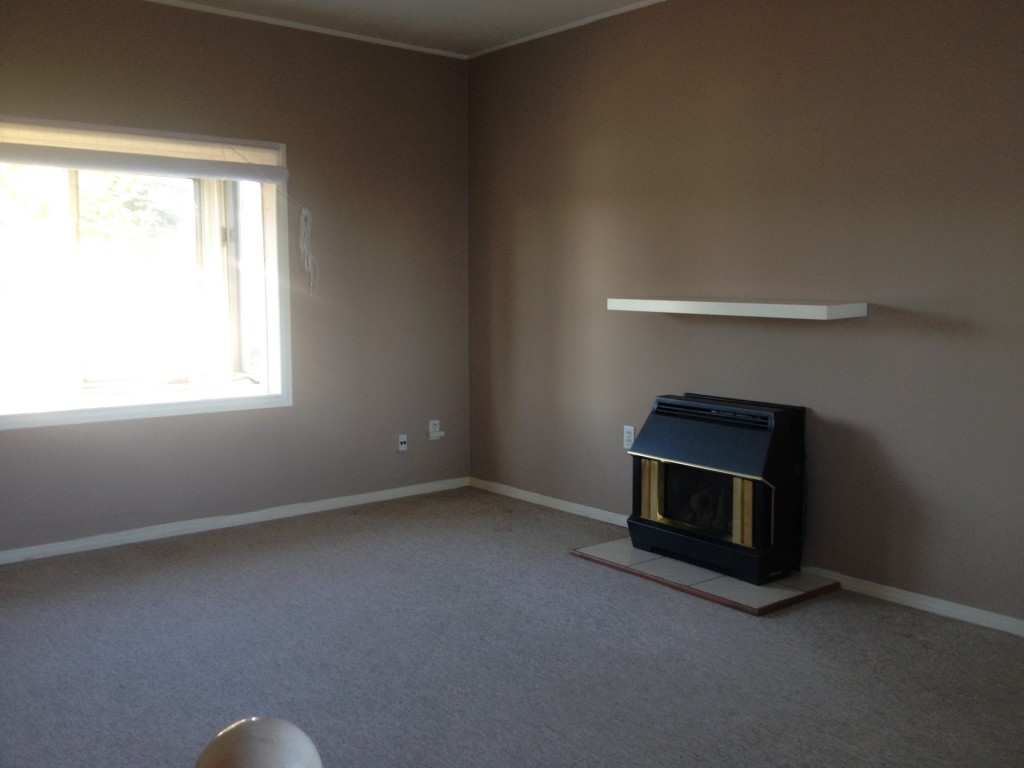 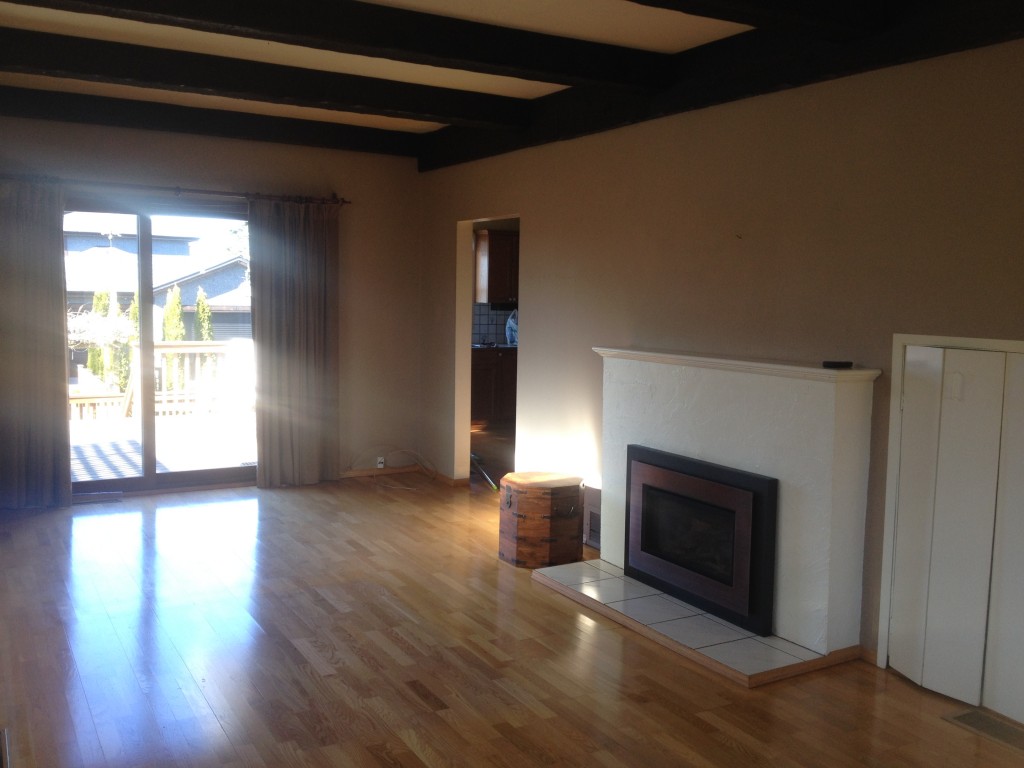 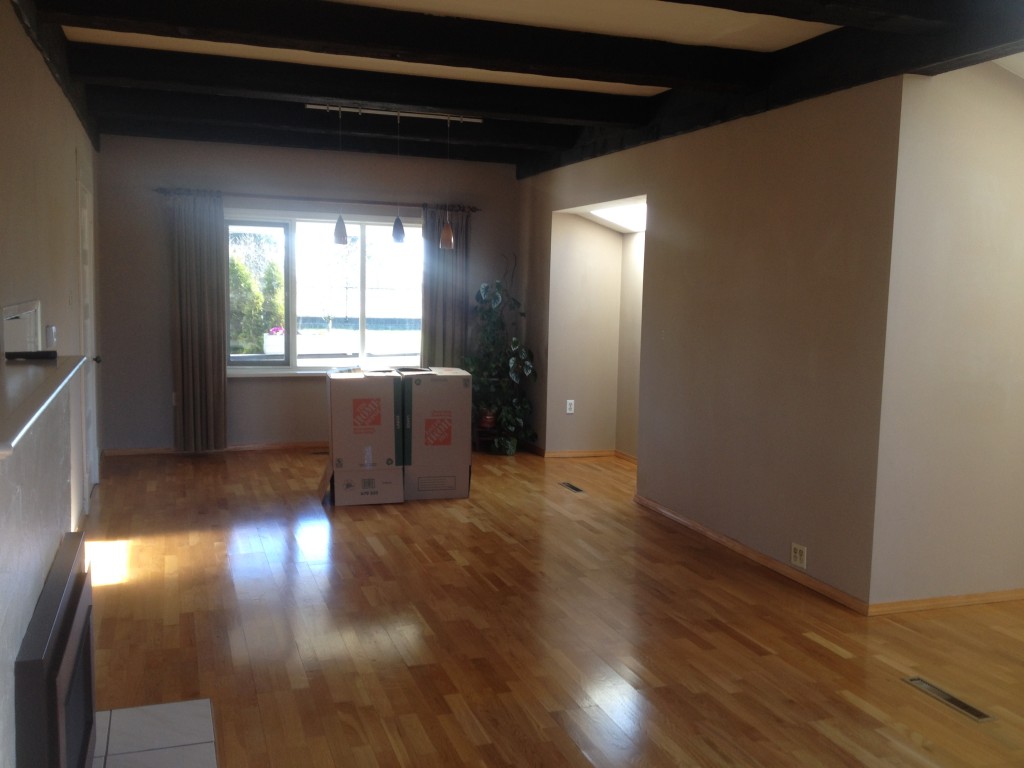 Kitchen eating area – new owners bought the hosier and some other furniture: 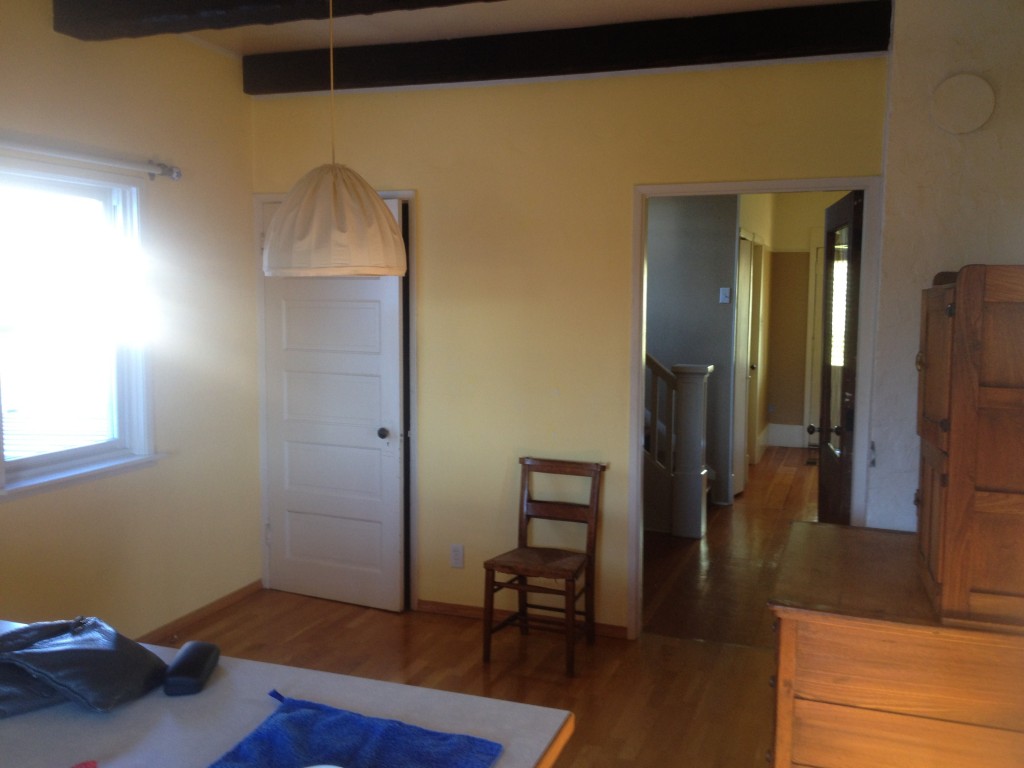 This is the oldest of the three remaining river lots (@ 100 acres) which qualifies for the 125 Year Family Farm designation in Manitoba.

The first Jutras to purchase this land was Moise Jutras and his wife Julie Houle in 1888:

Tony and Yvonne have since passed away and now their children and grandchildren have the farm.

The town of St. Pie used to be located here on the Red River and the parish church on the next property. The main road used to lead directly to this spot but was decommissioned and relocated in 1901.

This area was originally a Metis village. The first owner of this lot was a Metis man named Samuel H. Phippen. He received it as script land grant in 1882 and sold it within two months. His sister owned the next lot (script grant) so they likely grew up here and were granted the land they lived on.

Uncle Sylvain told us that the older generations in town remember walking along the shore and finding foundations for the old Metis homes. These must have been destroyed when the land was cleared for farming.

Lorin (land surveyor) paced out the land as it will likely need to be marked out when it receives the 125 Year Family Farm designation.  A plaque will be permanently installed and the government will have a formal ceremony on site.  I hope to have this scheduled to take place during our visit in the summer of 2012. 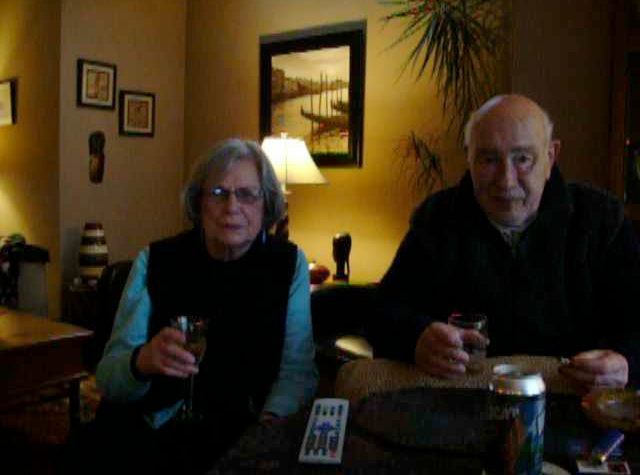 Mom gave me an old diary of Dad’s from 1980 when we lived in Ruzomberok, Czechoslovakia (now Slovakia).  He has only a few entries:

January 16, 1980:  138 Russian families left town. [There was a Russian army base in town.  We watched the young soldiers loaded onto army trucks on their way to fight in Afghanistan.]

January 24, 1980: Cold water at home. [For about 2 weeks each year there was no hot water as it came from the textile mill which was shut for servicing each year.] New tavern opened last night “DUMP”.

February 6, 1980: Heard about Russians helping themselves to the local’s potatoes anytime they want.  They come with trucks.

February 7, 1980: Cheko schools have chess daily. Barbed wire, land mines and guards to stop people from leaving – their own citizens which the don’t “trust”!  We still think we are bugged – taxi men, bar keepers, waiters, etc.  All big deals.

February 11, 1980: On TV the police show pictures of people who don’t work and are wanted criminals for the slammer.

February 16, 1980: Stripse Plasa [Strbske Pleso] for day with Strands. Found out that if we wanted to rent a house it has to be okayed by police because they check out the landlord if he is uncorruptable. How about that?

February 28, 1980: Glen roughed up by the VB [Slovak police – we called them Venice Bakery] for being out after 9 pm. He refused to pay 100 kc fine but offered to get it from home and passport which he did not carry – and why should he? Cops a little drunk – he said I want to give you 100 kc to buy more drinks?

Ode to the Emerys

I found this amongst my Dad’s stuff – it was something he cherished.  Bruce Brydon wrote this for Dad’s birthday probably 1981.

The Czechs called up Simons and gave them a job,
the Simons boys cheered unaware.
The mention of Ruzomberok, the thought of the Reds
Who the hell would go there?

When they looked at the job they knew it was tough
we’ll send the best man that we know.
They searched and searched and oh it was rough
so the man that they chose was Joe.

He’s got the background, the know-how, the style
without any question he’ll try.
He’s put in his time at Hinton and George
and most towns where the Legion flags fly.

Then someone said “He’s got a wife and kids
they have to have a say.
How will we tempt that group to depart
there’s got to be a way.”

What then of the children how will they react,
there’s Jo-Anne and Glen still to check.
The disclosure was clear there’s two teenagers here,
this could leave this family quite a wreck.

They thought of Jo-Anne in the bloom of her life
with brains and boys and good looks.
She’s happy at school and look at her friends
the answer to this ain’t in books.

There there is Glen he’ll go for the challenge
I hear he is harder than steel.
The thought of him loose in a Communist country
will make the Western world reel.

Of course all the talk was not for the kids
they listened and each had their say.
They heard all the reasons that urged them to go
and said “There is no bloody way.”

So here is the way that always boils down
and you know it’s got to be done.
It took Mom and Dad a mighty big stick
and some threats and some tears but they won.

That was the tough part – and now, for the good
they’re back, what an outing they had!
They speak a new language with views from afar
of places I’ve not even read.

We know that its Joe, he’s having a beer
we know that its Ans by her smile.
So here is a toast to the Emerys tonight
for God’s sake, stay home for a while!